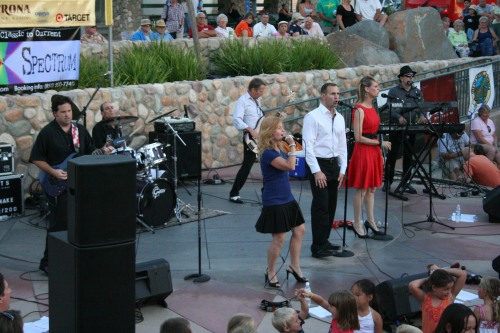 Another week, another great concert.  This time around it was a relatively new group, Spectrum, bringing their high-energy dance music to the Trolley Square amphitheater.  Playing dance hits of the last five decades, they had people up and on their feet all night.  With three exciting lead singers and four rocking musicians, Spectrum showed exactly what they had – fire! 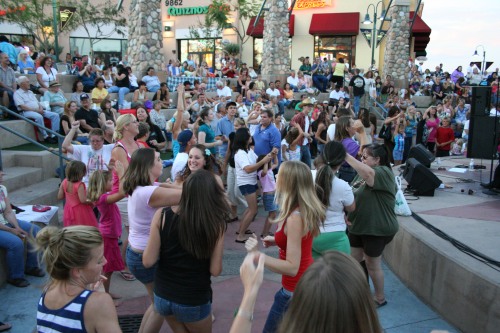 I arrived a bit late, following the monthly After-5 Mixer (more on that in another post), so I don’t know how long it might have taken to get the crowd up and dancing.  But when I got there they were dancing up above to a Beach Boys classic and the lower area around the stage was packed.  Even if this was not the largest crowd of the summer, it was easily one of the “dancingest” of all.  Frequently I can move around the stage easily to get pictures, but this evening I had to squeeze and dodge to get some good shots.

Dancing to the Sounds of Spectrum 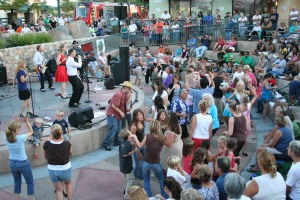 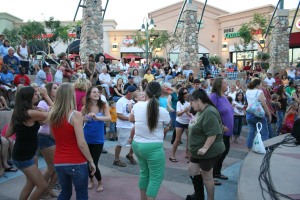 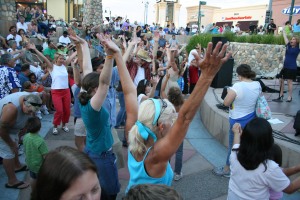 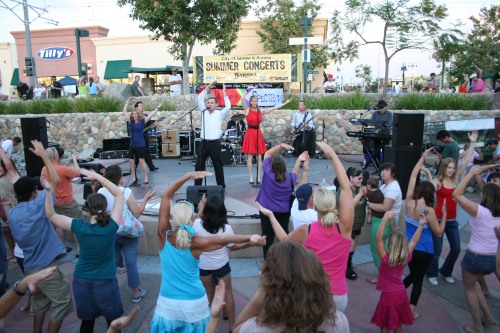 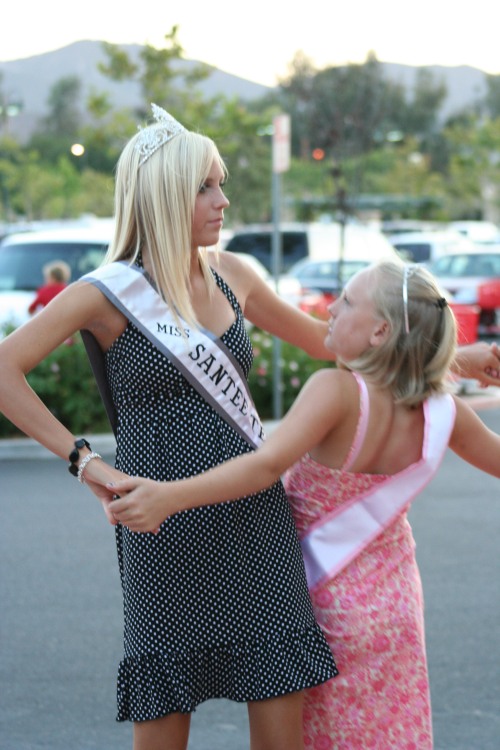 Spectrum’s two main front people are singers Cecelia Sullivan and John Foltz, who together carried most of the lead vocals.  Singer Kristin Banks and bassist Pete Wilkinson shared some lead vocal duties as well as backup and harmonies.  Along with Wilkinson, lead guitarist Bruce McPherson, drummer Jon Shimmin, and keyboardist Kelly Jones provided the music to back up the vocals.  This is certainly a group to watch, and watch for. 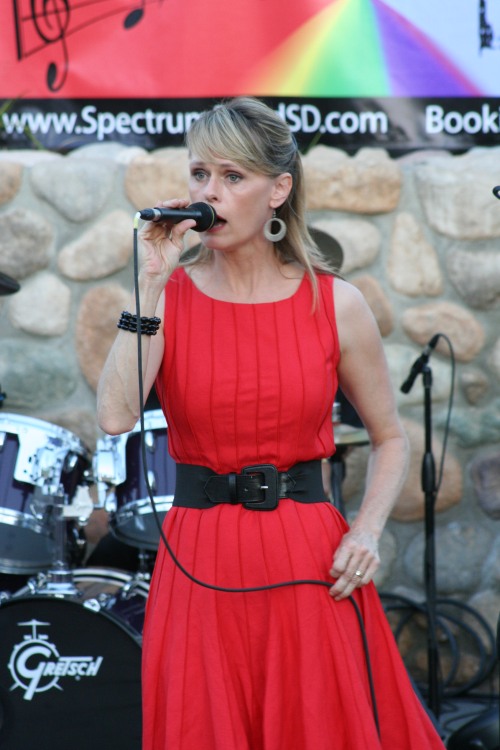 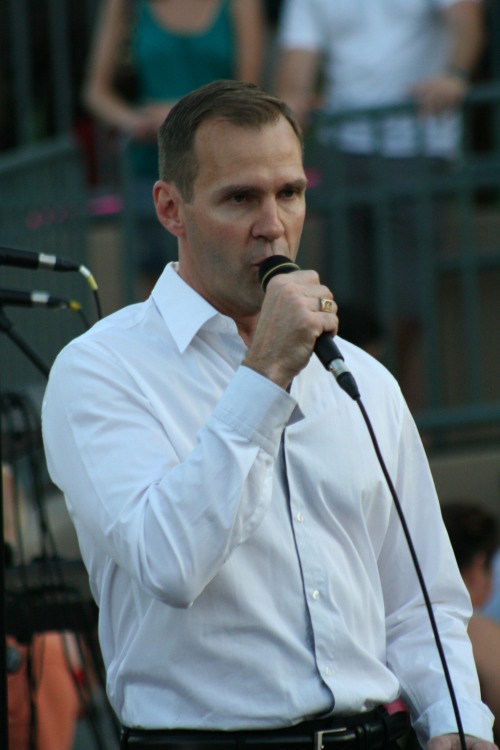 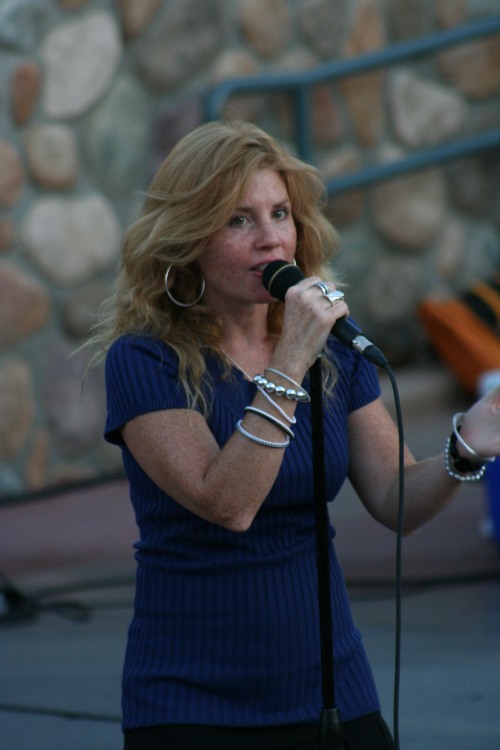 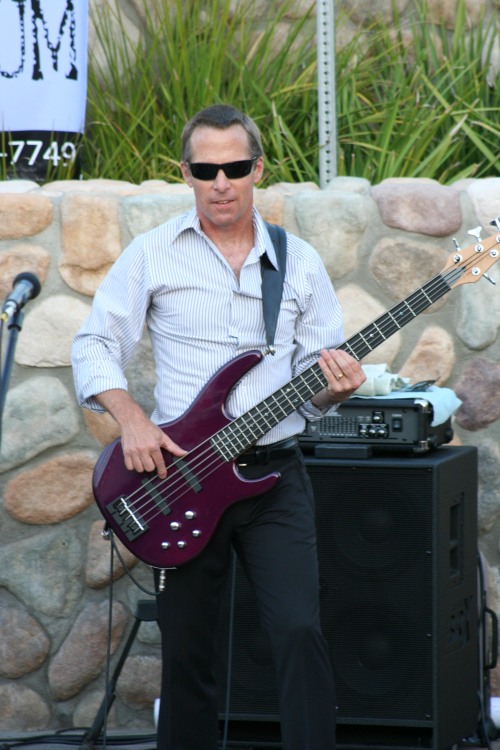 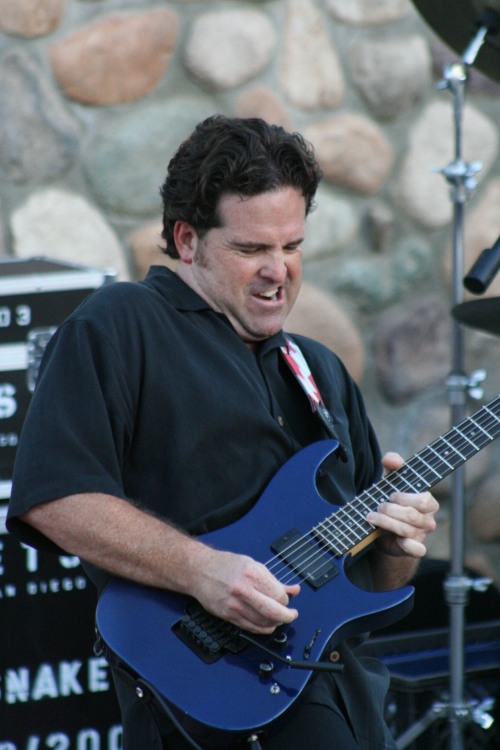 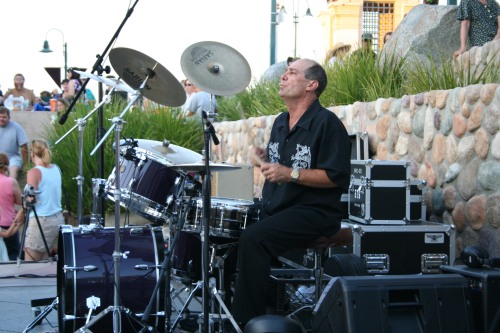 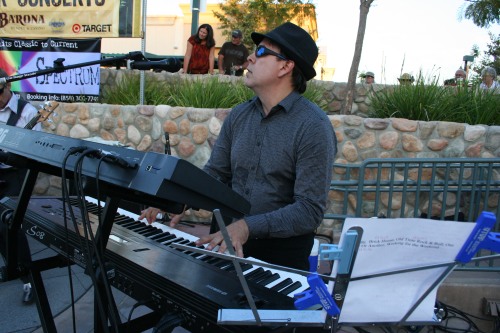 The next group up at the Summer Concert Series is the Johnny Cash tribute band, Cash’d Out – the one group my daughter has been looking forward to this year.  From what I hear, if you are a fan of the Man in Black you cannot afford to miss this group.  That will be this Thursday, July 23, starting at 6:30 pm as always.