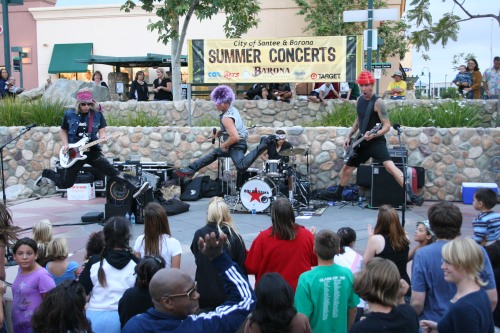 The sky was cloudy and gloomy, but there was more than enough energy coming from the stage to keep everyone heated up, as the 80z All Stars blew into town to open up the annual Summer Concert Series.  With their hard-driving music and electrifying personalities, band members Nigel Naughty, Motley Who, Devo 2.0, and Karate Kid had the crowd dancing all around the amphitheater.  At one point Nigel even started up a conga line that made its way up one set of stairs, around the back of the crowd, and back down the other stairs. 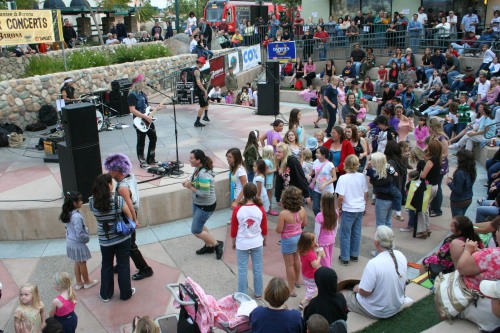 This was the second time in two weeks that this group has performed in Santee – previously they had been the closing band on the Main Stage at the Street Fair – and they will be coming back again as part of the entertainment on the Fourth of July.  Talking to the band afterwards, they admitted that Santee is one of their favorite places to play because they are always so well received.  This was certainly the case this night.  One pair of fans went so far as to create a three-part sign to ask for a song from their favorite 80s group – Journey. 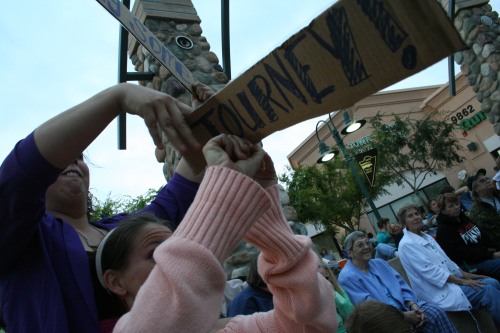 I want to take a moment to thank the companies that are helping to sponsor this great concert series, particularly this year with so many businesses cutting back on their spending – to the detriment of many community organizations and activities.  So thank you to Barona Resort and Casino, Cox Communications, Daphne’s Greek Cafe, the Metropolitan Transit Service, Target, and, of course, the City of Santee. 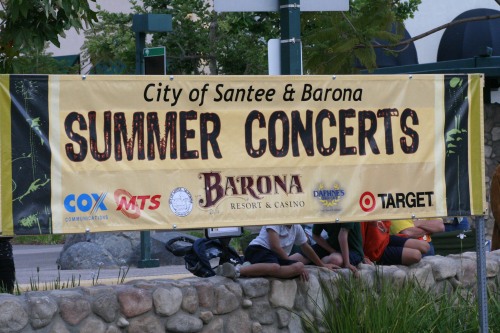 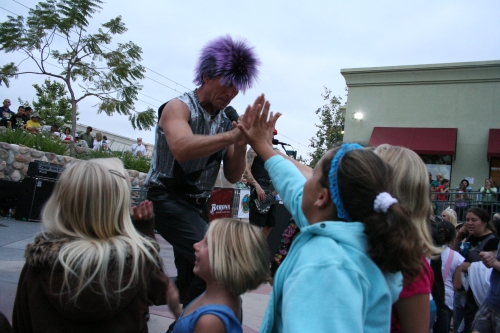 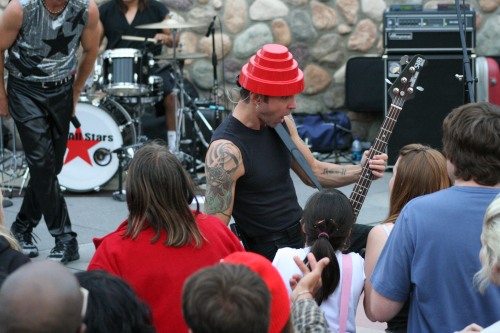 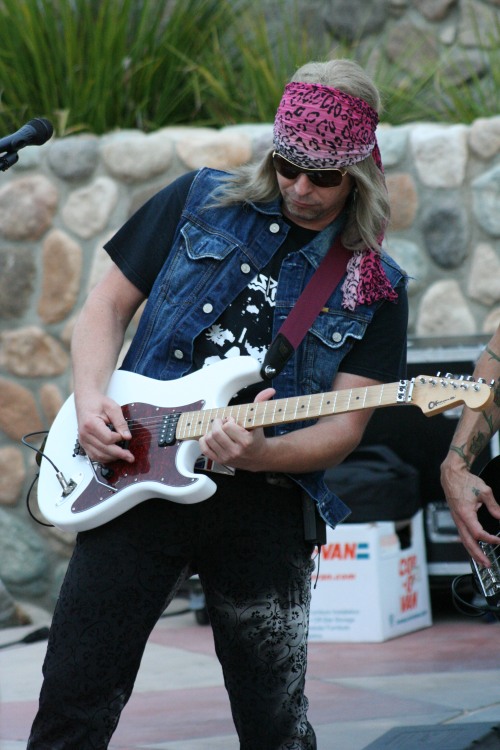 The ever-solid Karate Kid on Drums 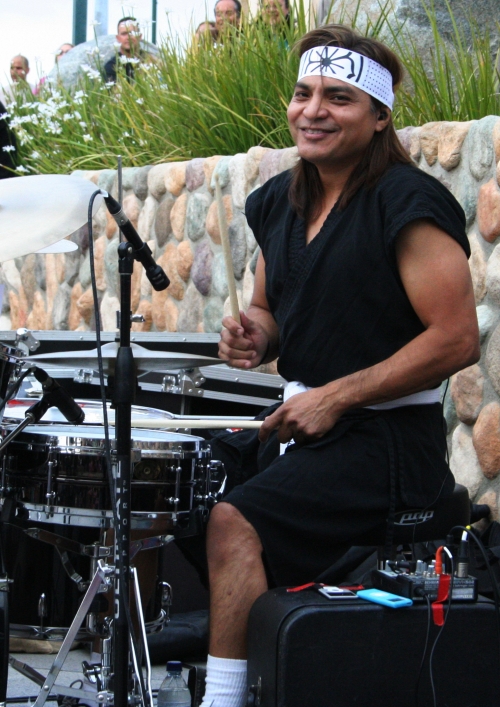 Fans of all ages rocked to the music 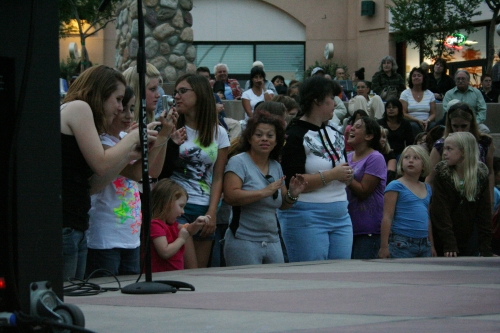 The flying fingers of Motley Who 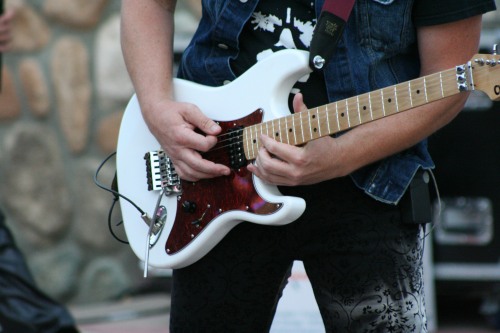 Santee City Staff was there for the fun 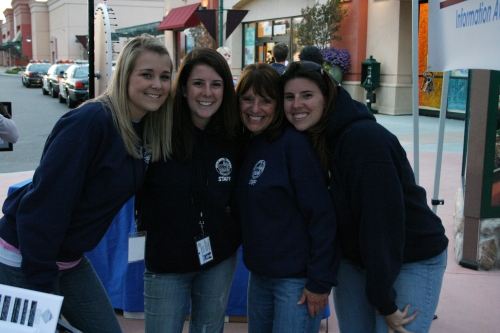 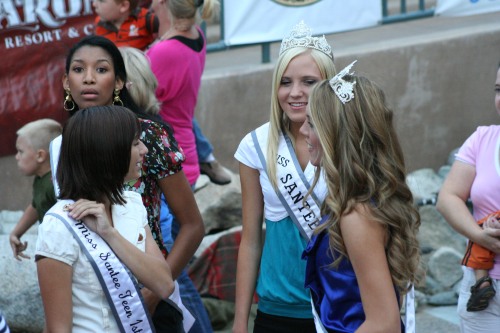 Check back for more pictures.