The folks at Frubble were at it again Saturday night.  As part of their community connections direction they hosted a prom after-party for students from West Hills High School.  Owners Mark and Caroline Baker wanted to provide a safe, alcohol-free activity for teens following the biggest event of their high school career.  As Mark said, who wants to go right home after your prom?  So they brought in a DJ (Jeremy Peterson, aka DJ ANOMIE) and a young band, The Mayors of Sexy Town, some of whose members appeared to be post-prom as well. 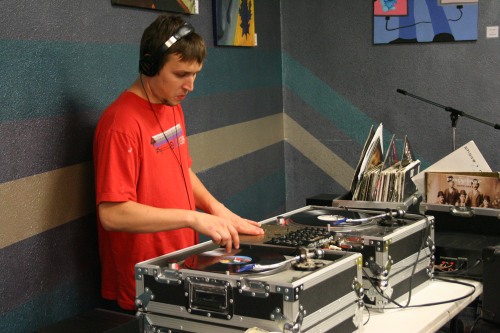 The turn out, at least while I was there, was lmited, but the teens who came certainly seemed to be having a good time.  The Bakers were not disappointed at all.  They learned what worked and what they can do for next time they do this – which they certainly will, and very likely before next year’s prom season.  Can you say “After Homecoming”?  Stay tuned for details.

The Mayors of Sexy Town 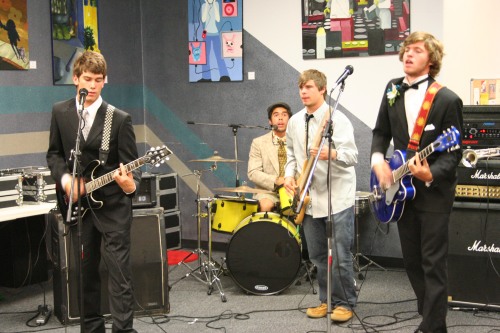 The Mayors of Sexy Town and a Special Guest

Having Fun at Frubble

Dancing the Night Away – Again